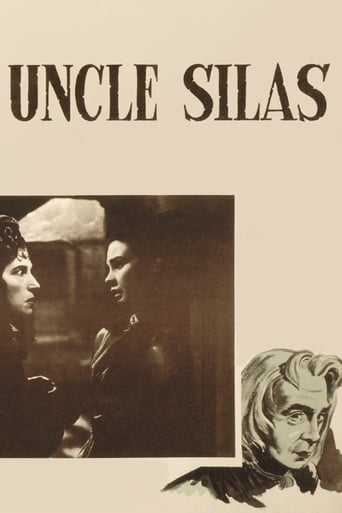 Uncle Silas film which was been released in 1947, and directed by Charles Frank, release language English with certain dubbings. It has been recorded, as almost all theaters in USA and got a fo score on IMDB which is 6.0/10 Other than a length of 98 minutes and a budget of . The cast for this movie is Jean Simmons Katina Paxinou Derrick De Marney . Victorian gothic melodrama based on the novel by Sheridan Le Fanu from a screenplay adapted by Aldwych farceur Ben Travers. This creepy chiller is saved from the doldrums by Robert Krasker's atmospheric cinematography, and fine performances from the ensemble cast. The BBC later filmed the story for television in 1987. In 1845, 17-year-old Caroline (Jean Simmons) is nursing her dying father. He has enough faith in the reform of his reprobate brother, Silas (Derrick de Marney), suspected but in the clear of murder, to place her under his wing after his death. The hitherto naive heroine soon learns that scheming Uncle Silas is planning to kill her in order to get his hands on the family fortune, aided by the equally corrupt governess Madame de la Rougierre.