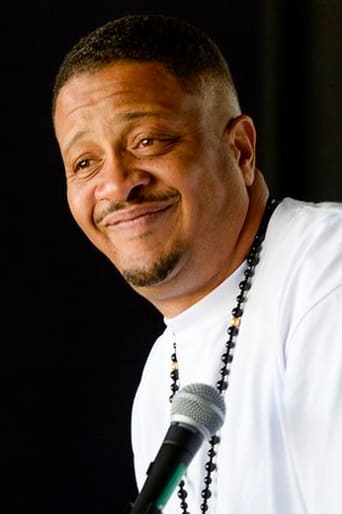 From Wikipedia, the free encyclopedia. Charles Stewart (born June 26, 1971), better known as Chali 2na, is an American rapper, associated with the groups Jurassic 5 and Ozomatli. He is known for his baritone and quick delivery rapping style. As a young boy, Stewart moved to South Central Los Angeles, where the group Jurassic 5 was formed in 1993. He was raised by his grandmother, a practicing Muslim, who raised him in the Islamic faith. His stage name is a reference to Charlie the Tuna, the deep-voiced animated mascot of StarKist Tuna. He and Cut Chemist became friends in high school. Together with Mark 7even, they were part of a three-man group called Unity Committee. The Unity Committee crew would often spend Thursday nights performing at the Good Life Café, where rappers and spoken word poets showed off their skills in an open mic format. They were, along with another three-person troupe called the Rebels of Rhythm, routinely chosen as the crowd's favorite performers. The two crews also appreciated one another's styles, and they teamed to record a 12" single, "Unified Rebelution", in 1995. The Rebels of Rhythm were MCs Akil and Daakir (also known as Soup); the men banded together to form Jurassic 5. In 2006, Cut Chemist elected to split from the group to pursue a solo career, and the Jurassic 5 group split up altogether in 2007. He is a founding member of the activist salsa funk band Ozomatli; although no longer an official member (having been replaced as resident MC by Jabu of 4th Avenue Jones), he continues to collaborate with them on occasion and maintains his friendships with them. Along with salsa, his music and theirs have been influenced by reggae and soul music; he is also a fan of house music.