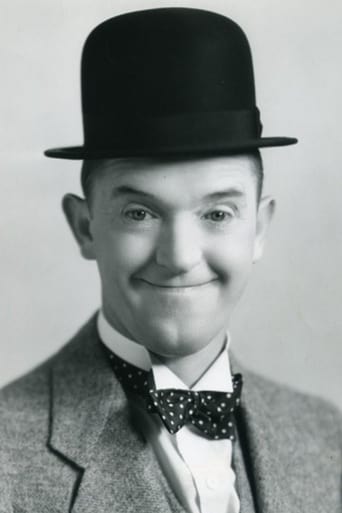 From Wikipedia, the free encyclopedia Stan Laurel (born Arthur Stanley Jefferson, 16 June 1890 – 23 February 1965) was an English comic actor, writer, and film director who was part of the comedy duo Laurel and Hardy. He appeared with his comedy partner Oliver Hardy in 107 short films, feature films, and cameo roles. Laurel began his career in music hall, where he developed a number of his standard comic devices, including the bowler hat, the deep comic gravity, and the nonsensical understatement. His performances polished his skills at pantomime and music hall sketches. He was a member of "Fred Karno's Army", where he was Charlie Chaplin's understudy. He and Chaplin arrived in the United States on the same ship from the United Kingdom with the Karno troupe. Laurel began his film career in 1917 and made his final appearance in 1951. From 1928 onwards he appeared exclusively with Hardy, and Laurel officially retired from the screen following his comedy partner's death in 1957. In 1961 Laurel was given a Lifetime Achievement Academy Award for his pioneering work in comedy, and he has a star on the Hollywood Walk of Fame at 7021 Hollywood Blvd. In 2009, a bronze statue of the Laurel and Hardy duo was unveiled in Laurel's hometown of Ulverston, England.